Art should be considered one of the human wonders (with few animals) . If you love tarot cards, mysticism, art, an architecture where you can retreat from the stress of everyday life, search no more. I found an artist & her artwork that is needed to all of us, colorful and unreal, Tarot Garden – located in Tuscany, Italy about 100 km north-west of Rome along the coast. 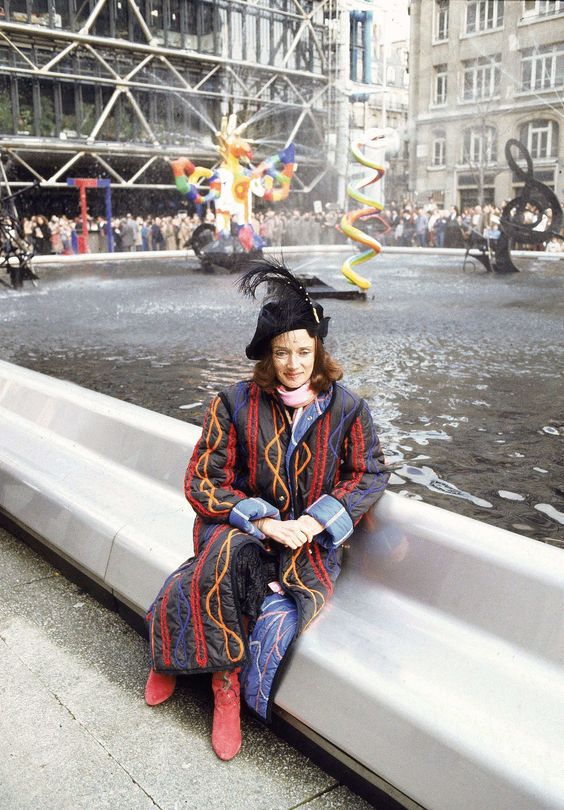 Her idea to build a sculpture garden was highly inspired by Park Güell in Barcelona, Spain as she discovered the works of Antoni Gaudí. The whole idea also definitely inspired her to use diverse materials in this project so if you ever get the chance to visit Tuscany and walk through this amazing living artwork inspired by the esoterical story of Tarot you will notice colorful shapes, mixed cement, clay, plastic, glass and spikes that will make you think you stepped into the whole another dimension, which I believe is the whole point behind it.

Even Niki herself mentioned that putting the gate outside should also remind people that they are stepping into the other world.

High Priestess as the pioneer sculpture

In 1978. she built the initial models based on the Major Arcana of the Tarot deck. In no time, even the local residents joined in on the project of building the Tarot Garden.

First sculpture built was the one of the High Priestess, while the biggest one – The Empress, designed in the format of a sphinx served Niki as her studio & home during the construction of the Tarot Garden, for almost 7 years.

“The sculptures are larger than life and are interactive.  We climbed upon them, went inside them, and walked around them.  In fact, they are so large that one became the artist’s home while she brought her vision to life.  They are meant to be played with.  In a video about the park, Niki de Saint Phalle said, “I love it when people touch everything.  It is part of the garden not only to look but to touch and feel.

The sculptural structures were built of welded iron and steel by the artist’s husband, artist Jean Tinguely, along with local workers.  Wire mesh was stretched over the models then sprayed with concrete, which were then blanketed completely in brilliant mosaics, achieved with an abundance of mirrors, ceramics, and glass.  There is so much to look at that the sculptures seem almost alive with the busyness of the artistic scheme.  “The whole garden reminds me in a way of a medieval church where every little corner is filled with something,” the late artist had stated.  “I have a passion for detail, so in every little nook and cranny there is something to look at.” (source: here )

“Saint Phalle would change The Fool’s location and have moved him twice in the past. He is currently installed by The World. He may be moved again in the future to keep him wandering, or not. His current placement reminds one of the current world migrations now happening due to war and climate change. ” 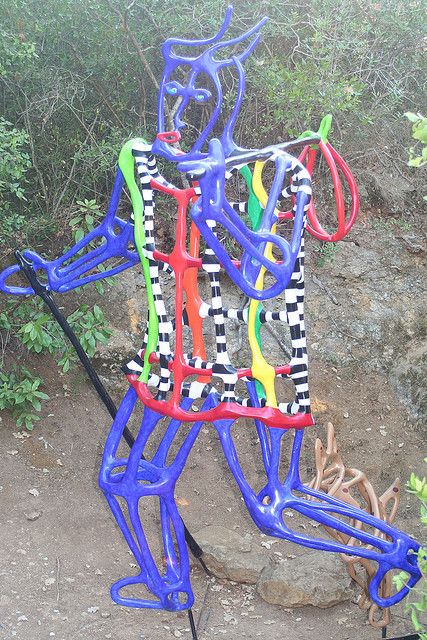 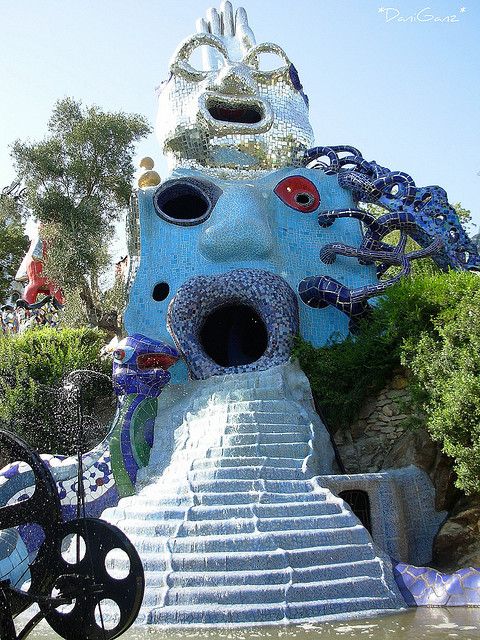 The High Priestess with The Magician over her, in mirror glass. The “venerable ox-eyed” High Priestess is the embodiment of Juno, the feisty protectress of women. For Niki de Saint Phalle, she also represents the irrational unconscious with all its potential. Photo by *DaniGanz* 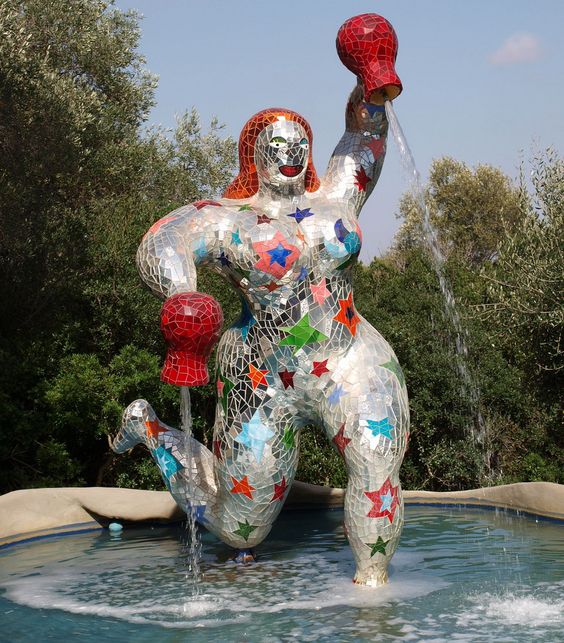 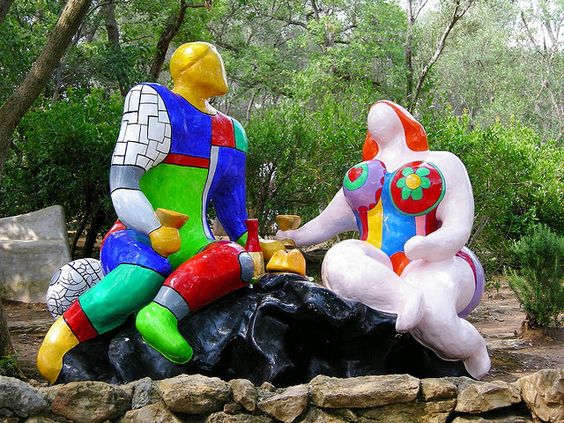 “Adam and Eve were the first couple and made the first choice.” (Niki De Saint Phalle) Photo by: Yellow.Cat 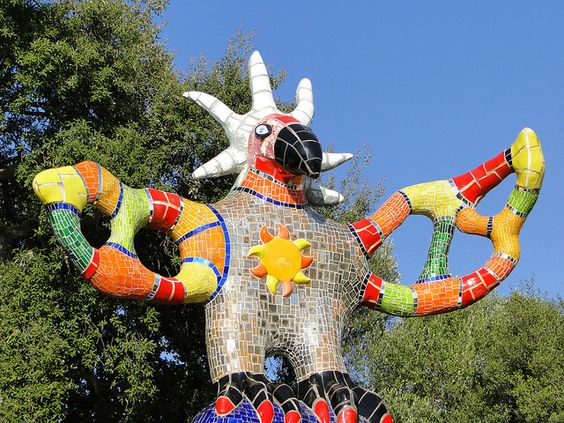 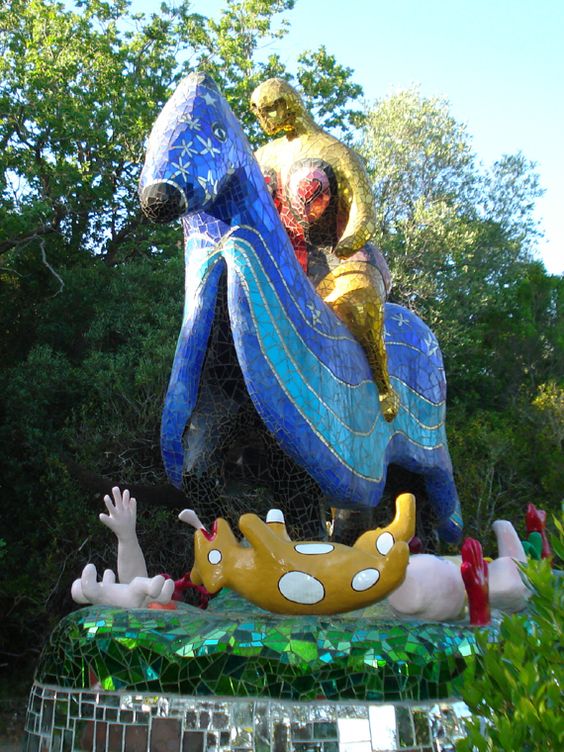 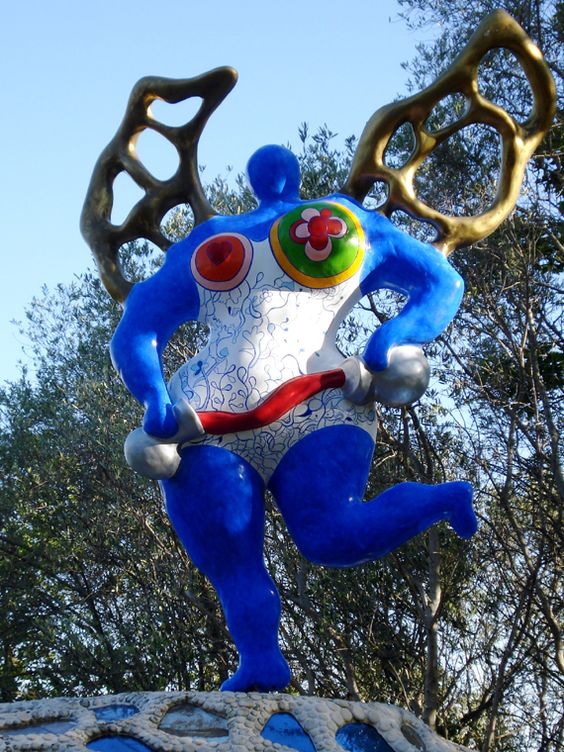 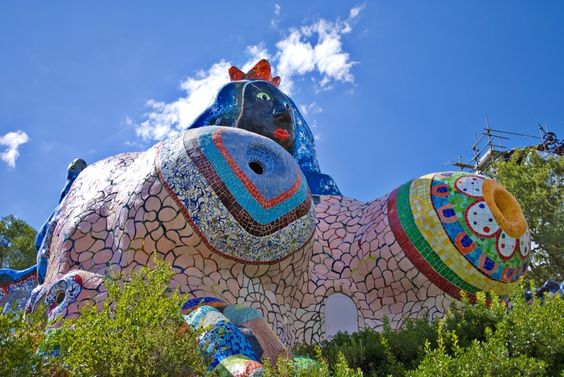 “The Empress is the great goddess, she is the queen of the sky. Mother, Whore, Emotion. sacred magic and civilization. The Empress which I made in the form of a Sphinx. I lived for years inside this protective mother. She also served for headquarter for my meetings with the crew. It was here we all had coffee breaks. On all she exerted a fatal attraction.” 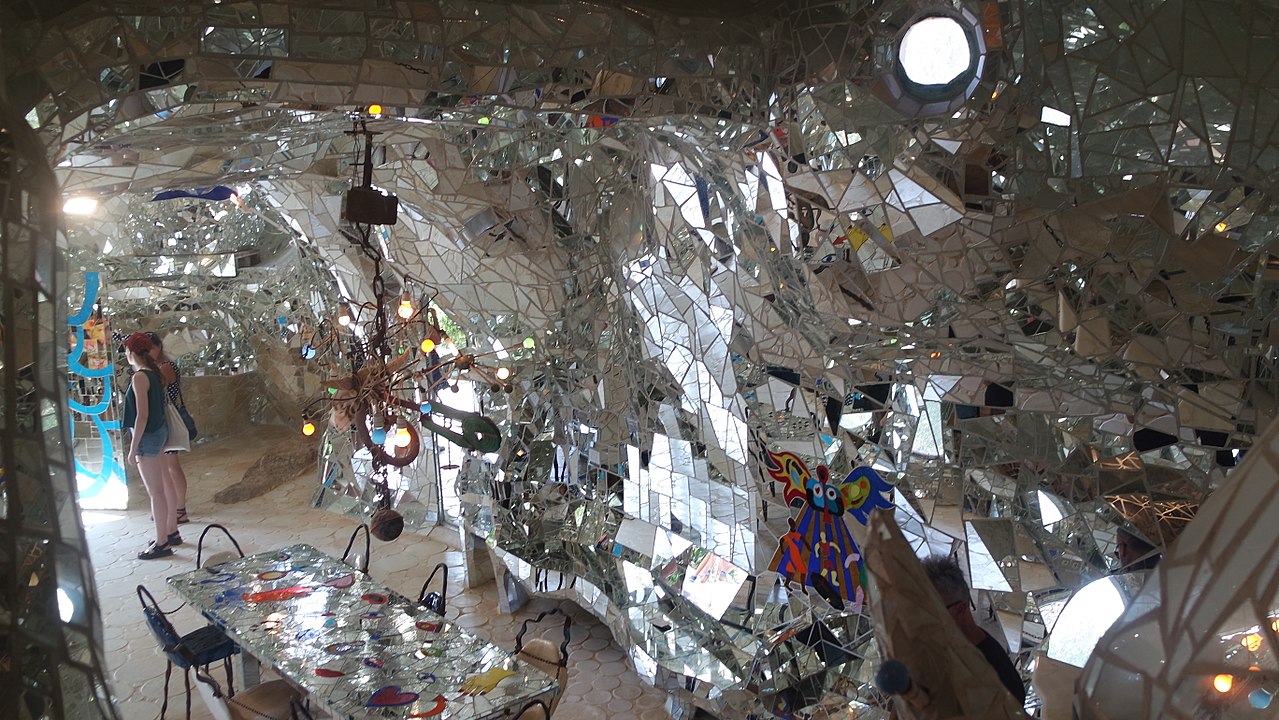 Internal view of the Empress. It is known Niki use to live, sleep and work inside this gigantic sculpture. Can you imagine sleeping here? 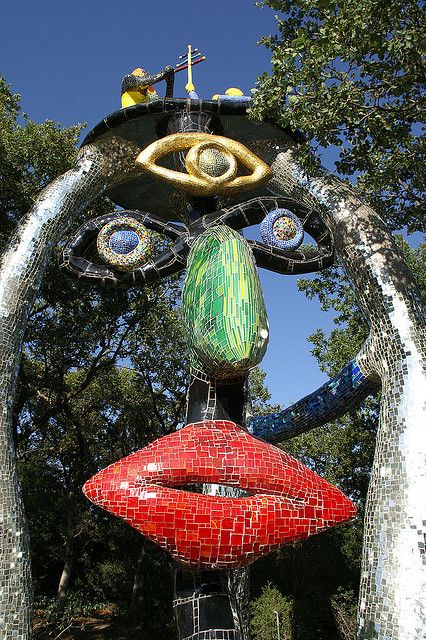 So in case you want to visit the garden here is their website with all the pieces of information you will need.

Niki had a really fascinating life, and I will definitely cover her tarot deck and cover her story in the astrological section too.  You wouldn’t believe but the women she crossed her faith with made the Garden of the Zodiac. It’s a mystery all over in this double Scorpio case.

If you liked this article and wish to read further, consider mingling around the website in search of what your mind desires. Meanwhile, as much as we enjoy free writing, we also enjoy being able to invest in ourselves to deliver you the best content on mystery and metaphysics so we’re thankful for any kind of small donation we receive.