My dear Gemini, here’s a quick tarot reading for you, for the month of August.

Summer is almost over and Mercury is stationing to go direct. So there are many reasons to smile

Your tarot card for the month of August is Eight of Cups. A very watery and emotional card for airy Gemini. Let’s see what’s going on. 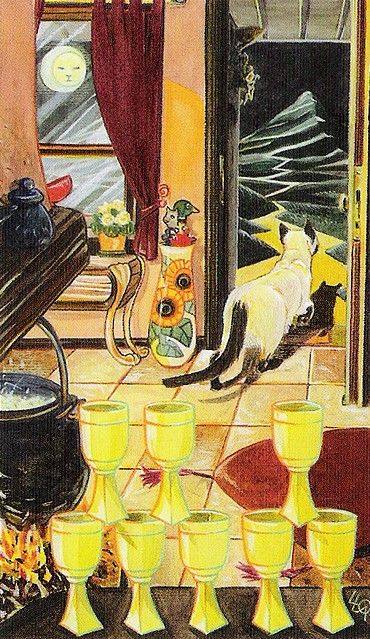 8 of Cups / Tarot of Pagan cats

Gemini, I understand people have been giving you hard time calling you unemotional, but it looks like this card proves something different. 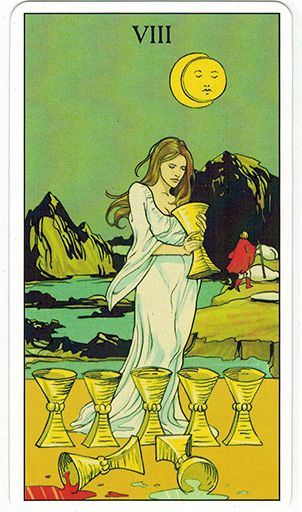 Usually picture presents a man, who looks like he is walking away. There is an eclipse shown in the sky. Whole situation looks a bit dramatic, if not sad.

If cups represent our emotions and past, it could be pointing out to you finally closing certain chapters in your life and peacefully walking away from them. Which can of course feel unpleasant emotionally. Just like snake sheds it’s skin, so do we shed parts of us who no longer serve their purpose and simply belong in the past. This card signifies that you are leaving something behind. 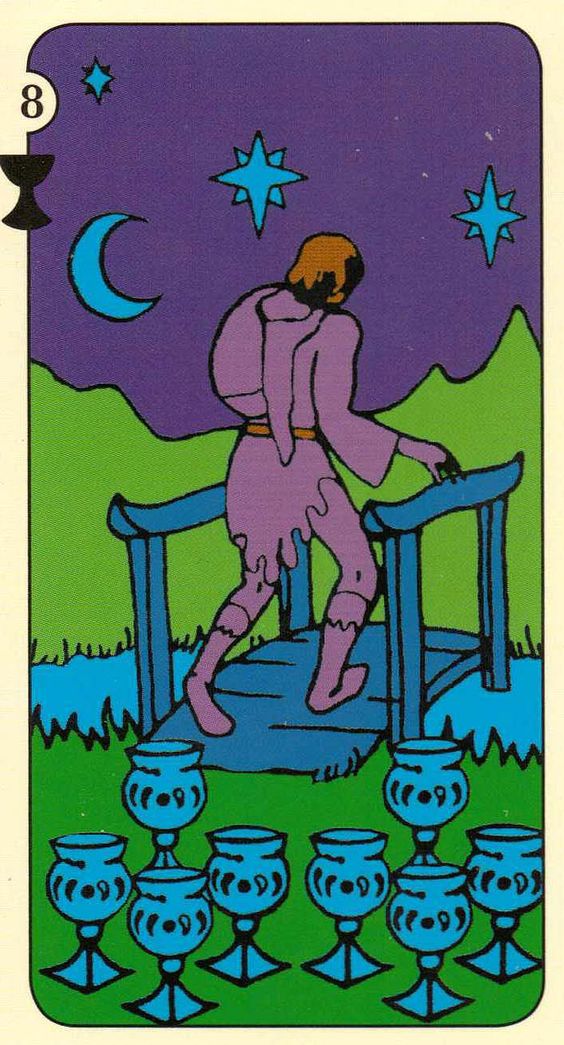 Like in some way, you’re experiencing death & rebirth of something. Feeling of unfulfilled dreams or goals may be following you around or you may feel blocked by certain obstacles in achieving your dreams. It’s only a period that will pass.

If work takes your mind of worries – then work. If work creates more problems – pack your bags and leave it behind.

We have to be aware of our burdens, but not consumed by them. 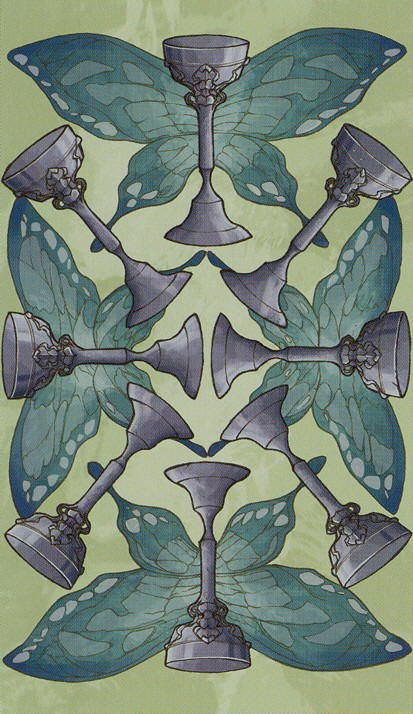 This card usually tells us something has come to an end. There is a fear of unknown present in you which is understandable. Nothing is the same anymore and stepping into a new zone may feel uncomfortable at this point.

It’s okay to try, even if we fail many times. After all, this card is connected to First decan of Pisces, ruled by Saturn. Things go slowly as they progress but what time will bring, will be much rewarding than staying in the same zone, and consumed by fear. 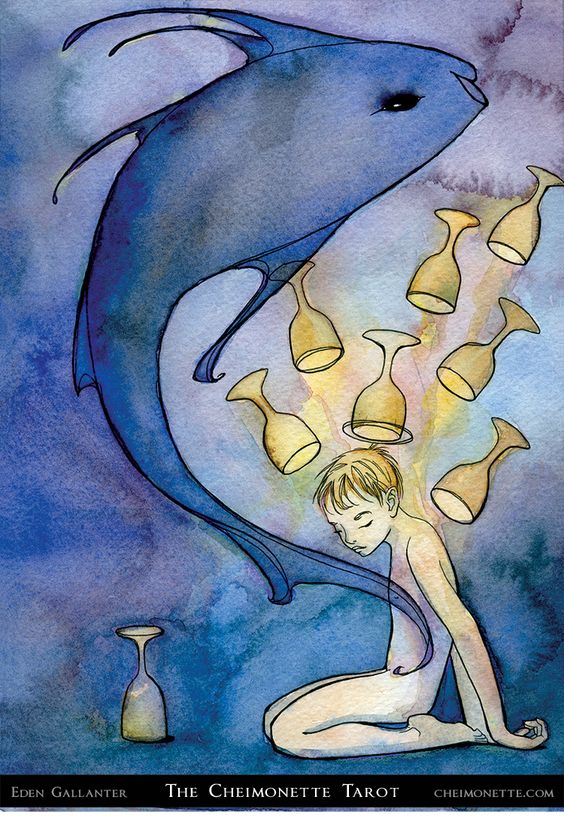 Eight of Cups/ The Cheimonette Tarot

Fear in astrology is often times connected to Saturn. Saturn puts on physical limitations, such as skeletons and bones in our bodies, such as gravity that is holding us down.And he is known as Lord of Time.

But to dare to dream to fly is almost the same as actually flying.

It’s okay to feel, it’s what makes us feel alive. If not now, when?

You can always make a joke out of it later on. 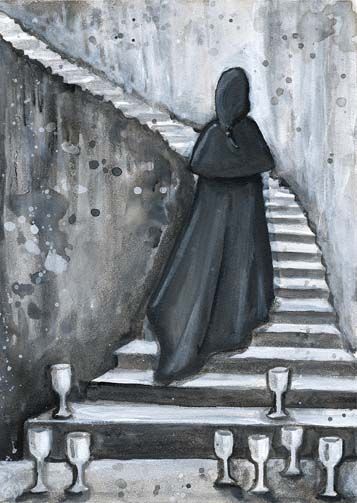