Today is Tuesday – the day of Mars.

Mars is connected to energy, blood, weapons, war, and violence traditionally it’s malefic so it doesn’t really have some interesting symbols, but in modern times Mars is also connected to sexuality, an especially active principle of sexuality, to our desires and urges. Mars is very instinctive so on Tuesdays, we can’t act more reactively and more actively than on Mondays. On Tuesdays, we’re learning how to save energy to finally rest on the end of the week. It’s a good day, for taking initiatives in general and be active. Mars in Aries would prefer to do things alone, while Mars in Libra will prefer to do things in pair. Each Mars is focused on their own schedule, even if that’s a sleeping schedule, or when Mars doesn’t do anything type.

Bloodstone is a beautiful stone and even William Lilly gives it the influence of Mars. It’s also known as Heliotrope. This mysterious and beautiful stone is a variety of Jasper or Chalcedony. It can usually be found like green jasper with red inclusions of hematite, therefore his name “heliotrope” derives from various ancient notions about the manner in which the mineral reflects the light. 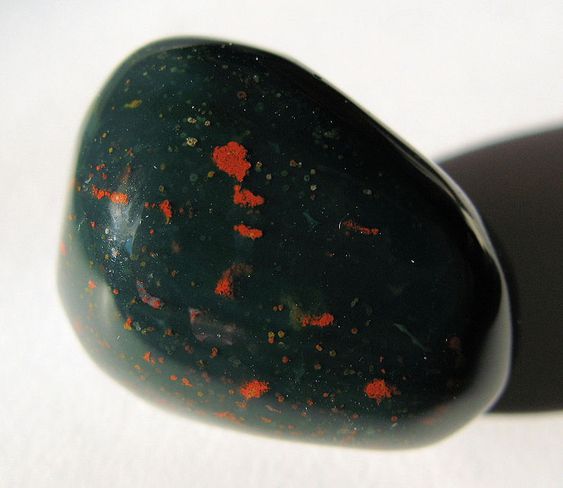 Bloodstone is also known as “Stone of Babylon” by Albert the Great, who referred it to several magical properties, which were attributed to it from late Antiquity, Pliny the Elder (1st.c) mentioned first that the magicians used it as a stone of invisibility. Demigeron (4th c) wrote about its properties to make rain, solar eclipse and it’s special virtue in divination and preserving good health and youth.

This stone was featured as an in invisibility stone in one of Boccaccio’s stories in the Decameron and as a healing magic item in a musical comedy derived from it. Heliotrope is also sometimes used in carved signet rings and it’s traditionally known as March birthstone.

The primary source of this stone in India, but it can also be found in Armenia, Azerbaijan, Brazil, Bulgaria, China, Australia, and the USA. 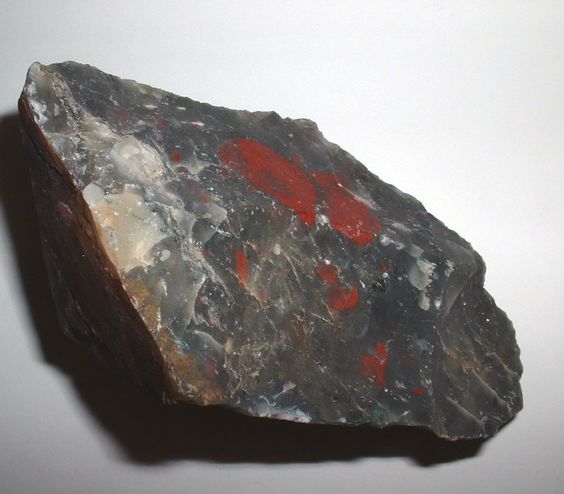 Traditionally it’s a birthstone for March, but it can be used by both Aries & Scorpio primarily and on the other hand Libra, Taurus, Capricorn and Cancer, Leo, Sagittarius or simply anyone who wants to use this stone in balancing energy and instincts. 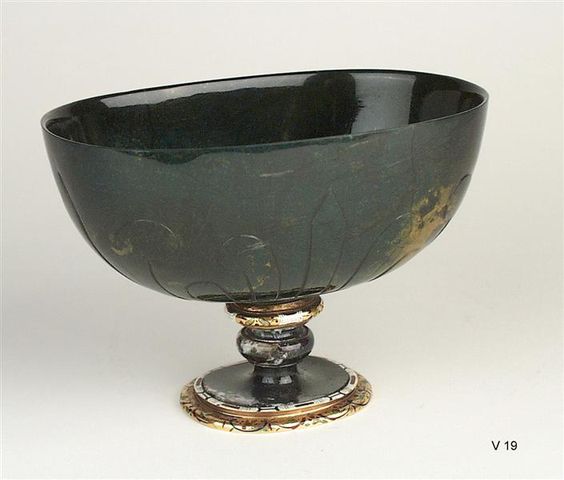