Good morning to you all.

Well, good noon. It’s 12:29pm here and I’m about to make my tea. These past days I’ve been trying to make a huge data search of all people who have planet URANUS conjunct their ascendant. So here’s the list 🙂

“American mystic, a channeler who has been the voice of Bashar, an extraterrestrial consciousness since 1983. He first became aware of the opening of his channel following two daylight UFO sightings over Los Angeles. Known worldwide as one of the foremost channelers of our time, he has channeled internationally and is highly well received in Japan, where he has sold over a half million copies of Bashar books.” “American actor, an instant star in 1955 who was nominated for the Best Actor Oscar for his role in “East of Eden,” which was followed by “Giant,” 1956. He became a timeless cult favorite for “Rebel Without a Cause,” 1955, a title which he apparently accepted as his personal banner. Rebellious and self-destructive, Dean pushed the edge of the envelope. He was killed in a wild auto accident caused by speeding in his Porsche Spyder on 9/30/1955 on the highway near Cholame, CA. ” 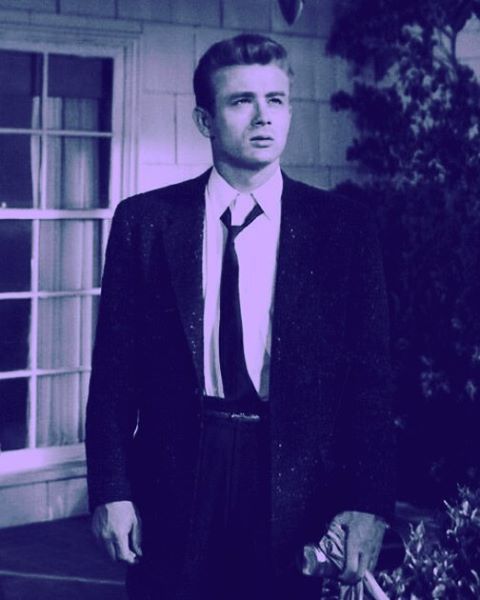 “American actor on stage, film, and TV who gained popularity as Vinnie Barbarino on the TV series “Welcome Back Kotter.” He became a superstar through roles in such films as “Saturday Night Fever” and “Grease,” 1978. A one-man acting industry, he has effortlessly played such diverse roles as a lusty angel, simple genius, star-struck thug, FBI agent, presidential candidate, and egocentric lawyer. With every role, his appeal comes through. His high energy is electrical, grabbing the audience by the lapels and hanging on.”

“French filmmaker, film theorist, journalist and critic. She is best known today for her Impressionist film, La Souriante Madame Beudet (“The Smiling Madam Beaudet”, 1922/23), and her Surrealist experiment, La Coquille et le Clergyman (“The Seashell and the Clergyman”, 1928). Her career as a filmmaker suffered after the introduction of sound film and she spent the last decade of her life working on newsreels for Pathé and Gaumont. She died on 20 July 1942 in Paris.”

“Portuguese writer and recipient of the 1998 Nobel Prize in Literature.

His works, some of which can be seen as allegories, commonly present subversive perspectives on historic events, emphasizing the human factor. Harold Bloom described Saramago as “the greatest living novelist” and considers him to be “a permanent part of the Western canon”, while James Wood praises “the distinctive tone to his fiction […] because he narrates his novels as if he were someone both wise and ignorant.”

More than two million copies of Saramago’s books have been sold in Portugal alone and his work has been translated into 25 languages. A proponent of libertarian communism, Saramago was criticized by institutions such as the Catholic Church, the European Union, and the International Monetary Fund, with whom he disagreed on various issues. An atheist, he defended love as an instrument to improve the human condition. In 1992, the Government of Portugal under Prime Minister Aníbal Cavaco Silva ordered the removal of The Gospel According to Jesus Christ from the Aristeion Prize’s shortlist, claiming the work was religiously offensive. Disheartened by this political censorship of his work, Saramago went into exile on the Spanish island of Lanzarote, upon which he resided until his death on 18 June 2010.

Saramago was a founding member of the National Front for the Defence of Culture in Lisbon in 1992, and co-founder with Orhan Pamuk, of the European Writers’ Parliament (EWP).” 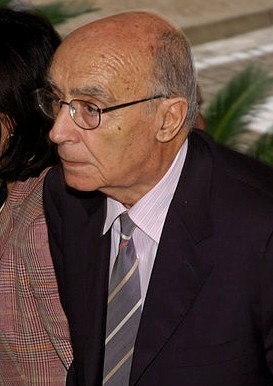 “American photographic artist, the most significant figure in photography in the 20th century and one of the finest technicians in the history of photography, known since 1930. As a dedicated conservationist, his interpretation of natural scenes is breathtaking for their grandeur and beauty.

He was sent to Yosemite Valley to recover after nearly dying from influenza during the pandemic of 1918-19, and it was there where nature became his muse and religion. That spiritual sensibility suffused the sublime landscapes he photographed in the 1930s and ’40s. He returned to the Sierra Nevada mountains each summer till the end of his life, with Yosemite his temple.

Photography was a hobby as he studied music in his 20s until he realized his true calling about 1930. He had already published a portfolio of studies in 1927. For a living, he taught and lectured, worked in advertising and wrote tech articles. In 1937 he moved to the Yosemite Valley from where he traveled on work assignments. In 1941 he loaded his car with photographic equipment and began a national journey, commissioned by the U.S. Department of the Interior to photograph national parks at a salary of $22.22 a day. A romantic working in a realist’s medium, he was the author of a series of Basic Photo Books from 1948 and held important art shows.

He met Virginia Best, soft-spoken and good-natured, in 1921 in Yosemite. Married 1/02/28, Adams had a son and a daughter, Michael Adams, a physician and Anne Adams. His family never took the place of his work and some biographers to write that his glaring neglect of them led to a deep emotional estrangement with his children.

Adams lived in Carmel since 1962. In his later years, his fingers were twisted and stiffened from arthritis, and he seldom played the piano that was once his love. In spite of heart bypass and valve replacement surgery, with a pacemaker added in 1983, he seemed incapable of understanding the concept of slowing down.

When he died on 22 April 1984, Monterey, CA, of heart failure and cancer, he left an archive of 40,000 negatives that editors will be working through for decades and a heritage of beauty and reverence that has enriched all whom he touched.” 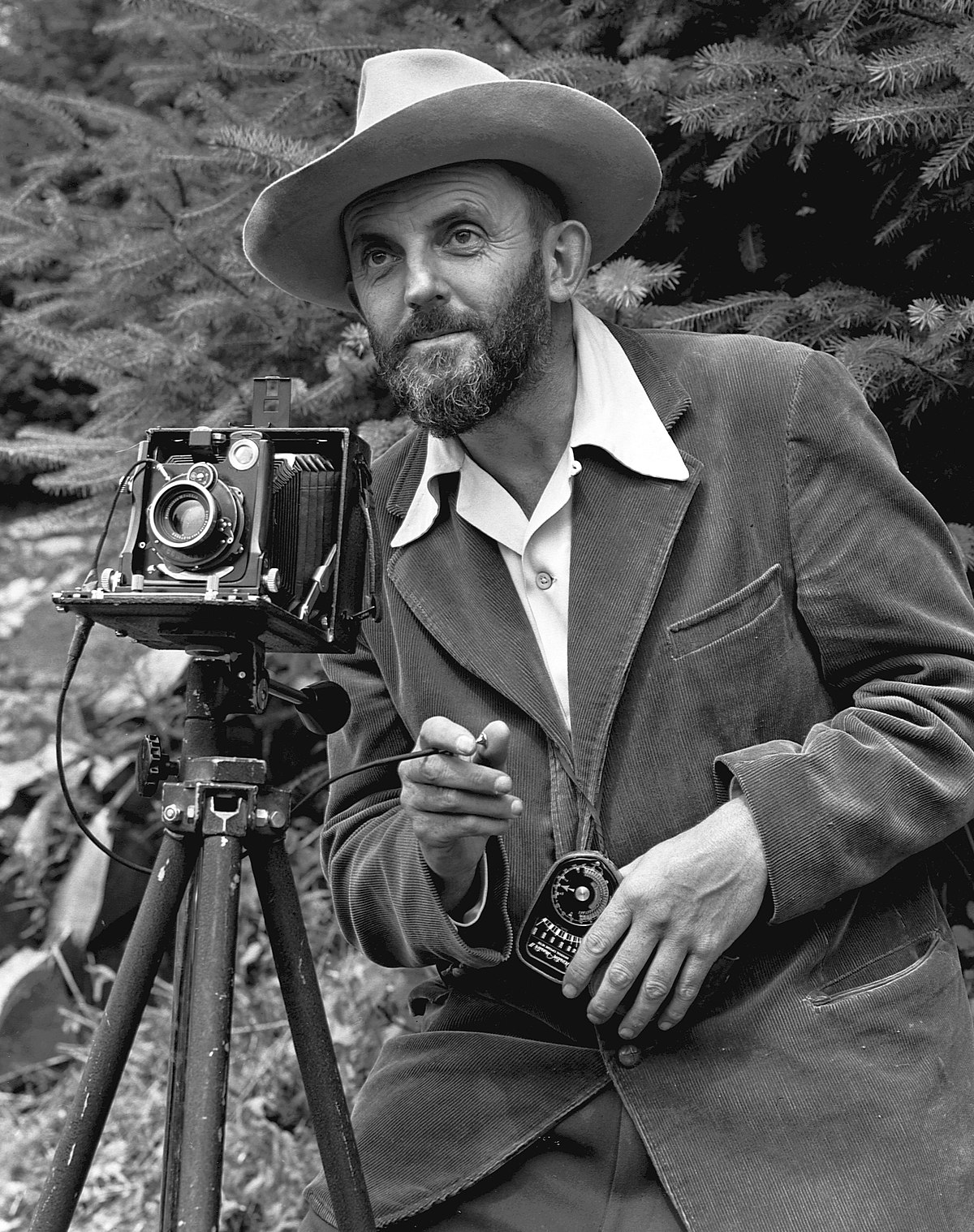 “Australian writer, a poet, journalist, essayist, film and theater critic. A scholar of folklore and myth, she has performed as a dancer and a Shakespearean actress. Travers is renowned for her “Mary Poppins,” published in 1934 and selling millions of copies, translated into more than 20 languages. Prolific, her precise, lyrical prose was still being published while she was in her 80’s.

The eldest of three daughters of an Irish sugar planter and a Scottish mother, she had curly dark gold hair and deep blue eyes. Her parents infused the household with the literary traditions of the British Isles and the child Helen loved reading and writing stories.

Taciturn about her personal life, she gave different versions to interviewers. When she was seven, her dad died and the family moved to New South Wales. By the time she was ten, Travers was an actress in a stage production, and as a teen, toured Australia with a Shakespeare company. In 1924, she moved to England with five pounds in her pocket. While working as a journalist and critic, she began studying Celtic folklore and Eastern mysticism.

After the outbreak of WW II, Travers spent 1940 to 1945 in the U.S. She later returned as a writer in residence at Radcliffe College in 1965 at Smith College the following year. From 1976 on she was a consulting editor of the New York-based journal Parabola, which is devoted to the scholarly exploration of myth and tradition. During the years she continued to write, putting out “I Go by Sea, I go by Land,” “Friend Monkey,” and “What the Bee Knows.”

Though she is never married, Travers adopted a son, Camillus, who later gave her three grandkids. As she aged and her health began to decline, she became more reclusive in her London townhouse. She died at 96 in London, 4/23/1996″

“American musician and suicide, he killed himself by carbon monoxide poisoning on March 8, 2007, at about 11:30 PM or early on the morning of the 9th in Atkinson, NH. His suicide note read, “I am a lonely soul.”

Delp joined the band “Boston” in 1976 as a vocalist. In addition, he also performed in “Beetlejuice” from 1995 until his death.

Married twice and twice divorced, he had two children by his first wife. His body was found by his girlfriend and fiancee.”

Don’t forget to subscribe to our newsletter so you can be notified when new articles get freshly pressed.

If you wish to schedule a consultation or have any questions send me an e-mail @hermitmeetsfool or schedule@hermitmeetsfool.com I look forward to hearing from you ≈